You probably already know people who don’t sleep that well. Some might wake up in the middle of the night to eat or take walks, while others are abruptly woken up by nightmares or the inability to breathe properly. These common problems are just a tip of the iceberg, however, as the rich and mysterious world of sleeping problems holds many more secrets than meets the eye.

While some sleep disorders might be induced by mild health problems or emotional issues that can be corrected over time, others are in and of themselves diseases – sometimes very rare ones – that cannot be easily made to go away. 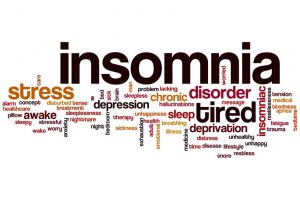 The most common and popular type of sleep disorder that we know about is insomnia. This disorder is actually part of a category of sleep disorders known as dyssomnias, which include both cases involving people who have trouble going to sleep (insomniacs) and those with patients that sleep too much or that have trouble getting up in the morning.

Insomnia is characterized by an inability to go to sleep. In most cases, it involves a secondary diagnosis which is usually the cause of the disorder. Sometimes it can be primarily psychological, such as the case with mood swings, anxiety or depression. Other times, it can involve a serious physical condition such as heart disease or pregnancy, as well as a number of neurological conditions.

People suffering from insomnia often require treatment from a sleep doctor for the both the primary cause as well as additional treatments or practices to help them fall asleep more easily. There are, however, extreme cases as well, when neither the actual source of the insomnia is known, nor the insomnia itself can be cured or treated by regular means.

Parasomnias also involve difficulty sleeping, however, in this case the problem arises after the patient has already fallen asleep. Parasomnias often involve involuntary movements, sensations and emotions felt during sleep and often amplified by the dream state. They can include anything from bedwetting to bruxism, sleepwalking or suddenly waking up hearing loud noises (exploding head syndrome).

Hypersomnia is a condition which can be considered the opposite of insomnia. While insomniacs need to put a real effort into trying to fall asleep, hypersomniacs can hardly wake up, and they usually feel extremely exhausted when doing so. Hypersomnia involves excessive sleeping habits and often causes the person who has it to be incapable of functioning properly during their daily life. The causes of hypersomnia can include distress and trauma (post-traumatic hypersomnia) as well as serious neurological problems such as narcolepsy.